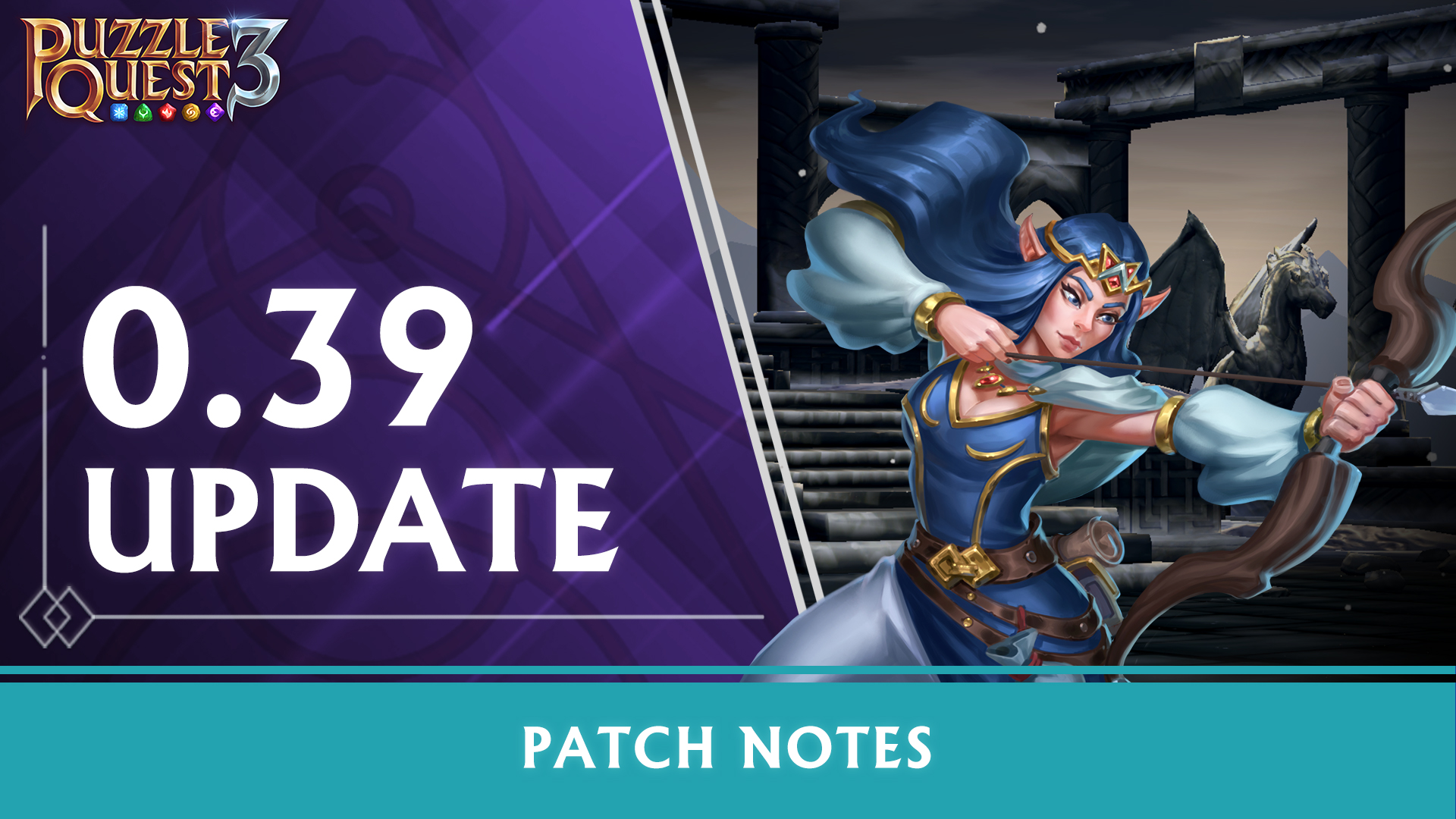 Ahoy, traveler – A new update has dawned on Etheria! Learn about the latest Update to Puzzle Quest 3: Update 0.39, Quest Pass. Read on to discover changes to the Battle Pass, new menu designs, and improvements to speed up animation sequences in the game.

The Battle Pass was not offering enough value. To help distinguish it from other game modes (especially Bounties and Goals), the Battle Pass has been reworked. The new Quest Pass features clear Daily, Weekly and Epic tasks to complete to help with better gameplay goals day-day. We’ve adjusted the Premium Pass+ to give double the rewards.

The Quest Pass replaces the Battle Pass and Bounties. Rewards will be mailed for the uncompleted Battle Pass stages in the in-game mail, with double the rewards sent if you have purchased the Premium Pass+.

We’ve continued to update a number of menus and screens in the game to suit the new UI (user interface) style. Many things in the game have moved within the menu system or consolidated to streamline the information available.

As Gear Loadouts are visible all at once, some menus and icons may appear smaller. In the next update, we would like to introduce the World-Map back into the menus to show progress throughout the story mode and see your battle rewards.

Alongside a number of small changes to update the UI, we have improved the rewards sequences in the game to be more efficient. This change is intended to help speed up parts of the game that were not flowing.

We have adjusted the difficulty, balance, and tuning throughout Update 0.38. This update introduces some changes to the amount and type of rewards earned to help balance them across the game.