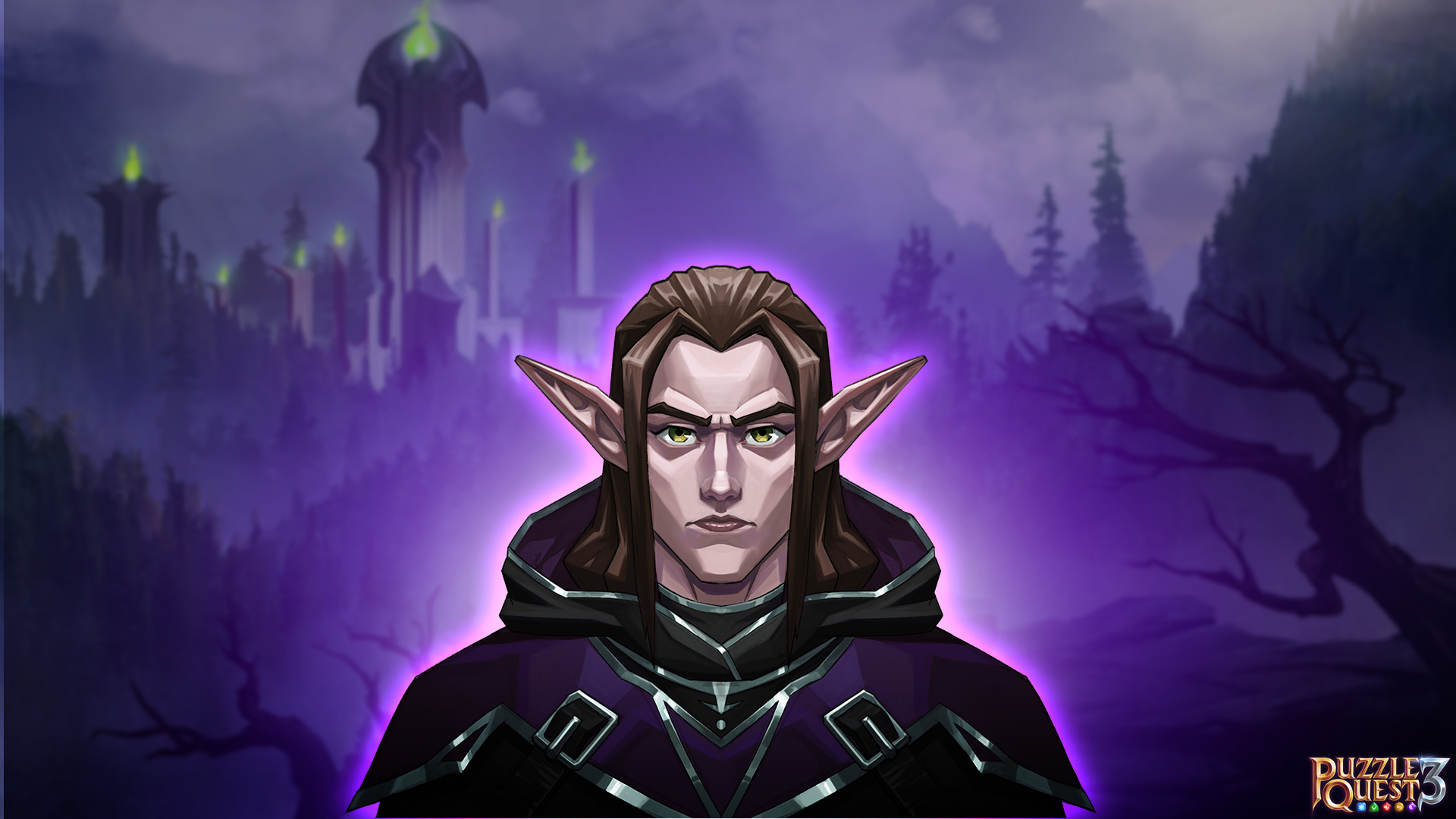 Assassins: Silent as a Shadow

In our previous blog entry, we took an introductory look at the fearsome Berserker, the second of five playable classes in Puzzle Quest 3. In this installment, we’ll be taking an in-depth look into the game’s most cunning and deceitful warrior, the Assassin.

Calling the shadows of the night their home, the Assassins are the silent killers of Etheria. These cunning acrobats excel in disabling their foes in many ways, so they can bring them down with one perfectly executed strike.

Assassins harness the power of darkness giving them the ability to control the outcome of a confrontation. This makes them perfect for players who want to control the battle and patiently build up their power, so they can deal a fatal blow when the time is right. 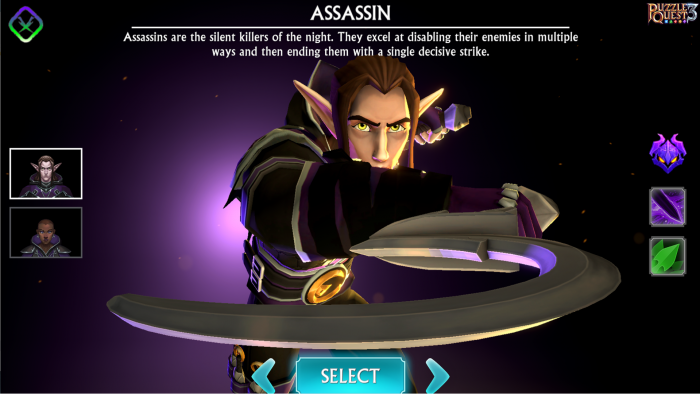 As we’ve previously mentioned, all classes in Puzzle Quest 3 are given three different starting spells. Two normal spells and a single Ultimate Spell. These spells showcase the unique abilities of each chosen class.

The Assassin is an expert in increasing its elemental power to then deal high amounts of damage, particularly with purple spells. You’ll see below how those traits are reflected.

Night Blade is an elemental damage spell that allows you to deal dark damage to an enemy. Unlike many other classes’ starting spells, it does not create gems, but instead, it increases damage for each purple gem that is on the board. This reflects the  Assassin’s ability to gain extra damage at the cost of board control.

Their second spell, Deadly Accuracy, synergizes well with this. It grants the ability to increase the Assassin’s Power while also creating purple gems on the board at the same time. The purple gems are extremely helpful for increasing the damage of the Assassin’s Night Blade ability. Combining these two spells leads to quite a deadly one-two combo.

Note that these two spells aid in increasing and dealing elemental damage, rather than melee damage like the Berserker. This is deceptively cunning, because (aside from any damage dealt from matching skull gems) it pierces directly through enemy Resistance, ignoring their Armor, and reducing their Health in a decisive strike!

Thus concludes our introductory guide for what you can expect when playing the Assassin class, but of course, through your adventures, you’ll discover many more spells to fill your spellbook (12 for each class) – some of these will activate other special effects if a Shadow Gem is in play.  The Assassin is an exciting class that gives you options to combine many spells to deal a fatal blow to your opponent.

Will you take up the mantle and walk down the path of shadows?

Embrace the night and use the very darkness that has befallen Etheria to save it! Be sure to steady your daggers and stay hidden as you prepare for Puzzle Quest 3!