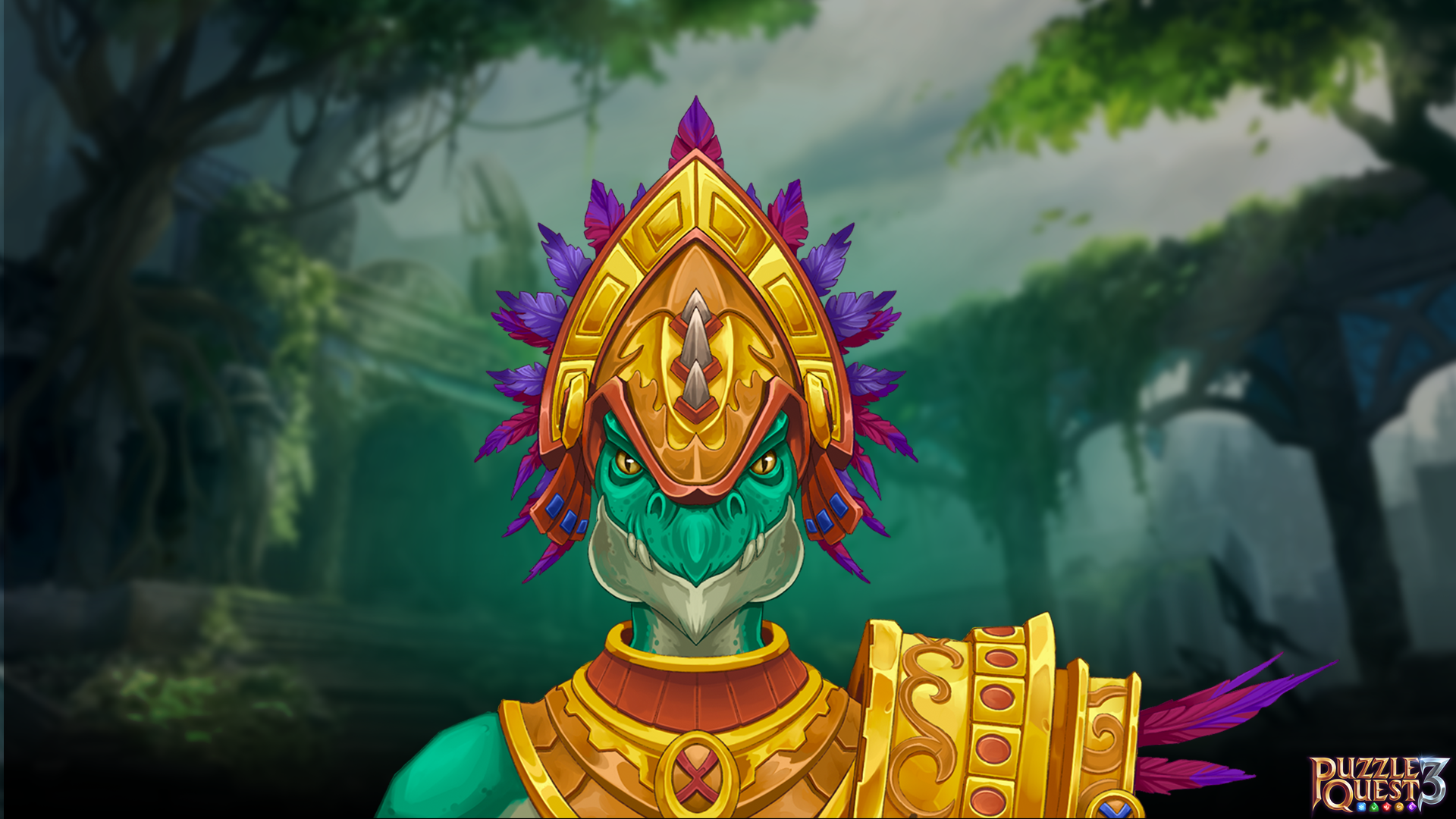 In our latest Puzzle Quest 3 Patch 1.1 update, we introduced a few new things into the game including our very first new hero class, the Mercenary. Like our previous installments in the class blog series, we’ll be taking you through the exciting world of the warrior-for-hire as we introduce you to the Mercenary, the sixth playable hero class in Puzzle Quest 3.

Known for their love of gold and glory, the Mercenaries of Etheria are dangerous foes, willing to do anything to achieve victory. Hoping to earn some easy coin for their deadly skills, they use their greed to empower them during a fight. They hail from far and wide, but the two particular Mercenaries you can choose in Puzzle Quest 3 are of the Jagari beast-folk and the Ssrathi lizard-folk from the southern continent of Keshan.

The short-term goal of a Mercenary in battle is to build up mana quickly and cast spells in a particular order to control the board to easily dispatch a foe. Longer-term goals include getting some of their ultimate Treasure Gems on the board to gain extra gold and stacks of Greed – a special status effect that empowers the Mercenary.

The Mercenary’s primary mastery focus is Fire, while their secondary mastery lies in the realm of Poison. Having the right combination of elemental gear will increase these masteries making red and green gems more effective. If you want to improve these masteries even further and increase the output of damage, even more, be sure to add extra fire and poison spells to the loadout of your hero. 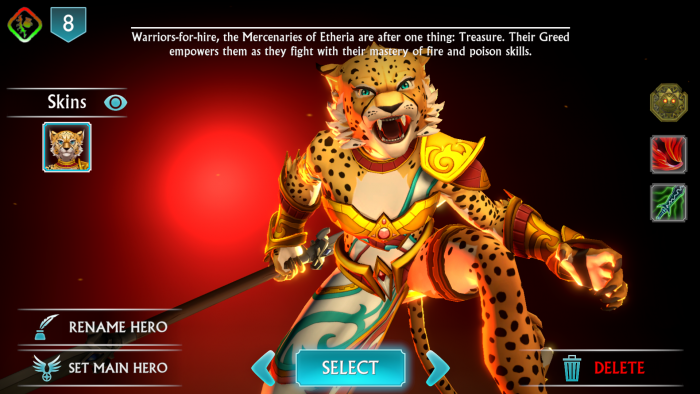 As we’ve mentioned prior in our past blog entries, all classes in Puzzle Quest 3 are granted the ability to use two normal spells and a single Ultimate Spell at the beginning of the game. These spells vary, and showcase the unique attributes of each chosen class. The Mercenary deals damage to their foes while at the same time arranging the board in their favor to take down foes quickly. You’ll see how those traits are reflected below.

Searing Strike is an elemental damage spell that deals fire damage to an enemy, this damage is boosted by the number of red and green gems on the board. This allows the Mercenary the ability to deal out damage quickly and perhaps take down the first foe quickly.

The Mercenary’s second spell, Poison Edge, grants you the ability to create Red and Green gems on the board, while also providing a chance to poison the enemy for 4 turns (poisoned characters take 25% extra damage from all sources). This synergizes extremely well with the Mercenary’s first spell Searing Strike while adding an element of board control. These two spells used together create a symphony of destruction that makes quick work of unwitting foes.

This concludes our introduction to the Mercenary class, but of course, throughout your travels, you’ll discover many more spells to fill your spellbook (12 for each class) – some of these will mix well to show other special properties of the Treasure Gem if it’s in play. The Mercenary is a very powerful and fun class with plenty of options to combine spells in different ways to defeat opponents, using high damage output and elements of board control.

Will you take the coin and follow the path of this sellsword?

Harness the power of greed and bring ruin to the darkness that threatens to destroy Etheria! Be sure to sharpen your blade and fill your coin purse as you prepare for Puzzle Quest 3!