This update focuses on a few areas of the game that we felt needed attention. The major changes in 0.37 include a Shop UI Rework, Chapter Packs + Bundle Deals, Relic Trading, and Gear Set Bonuses.

The world of Etheria has a lot to explore, and now there is more to discover.

With the release of Update 0.37 these are the changes we have made:

Gear is important to the core loop of Puzzle Quest 3. We wanted to make gear feel more empowering to use in battle and give more purposes to collecting Gear. With Update 0.37 if you collect enough pieces of Gear, forming a “Set”, you gain various bonuses to use in battle. 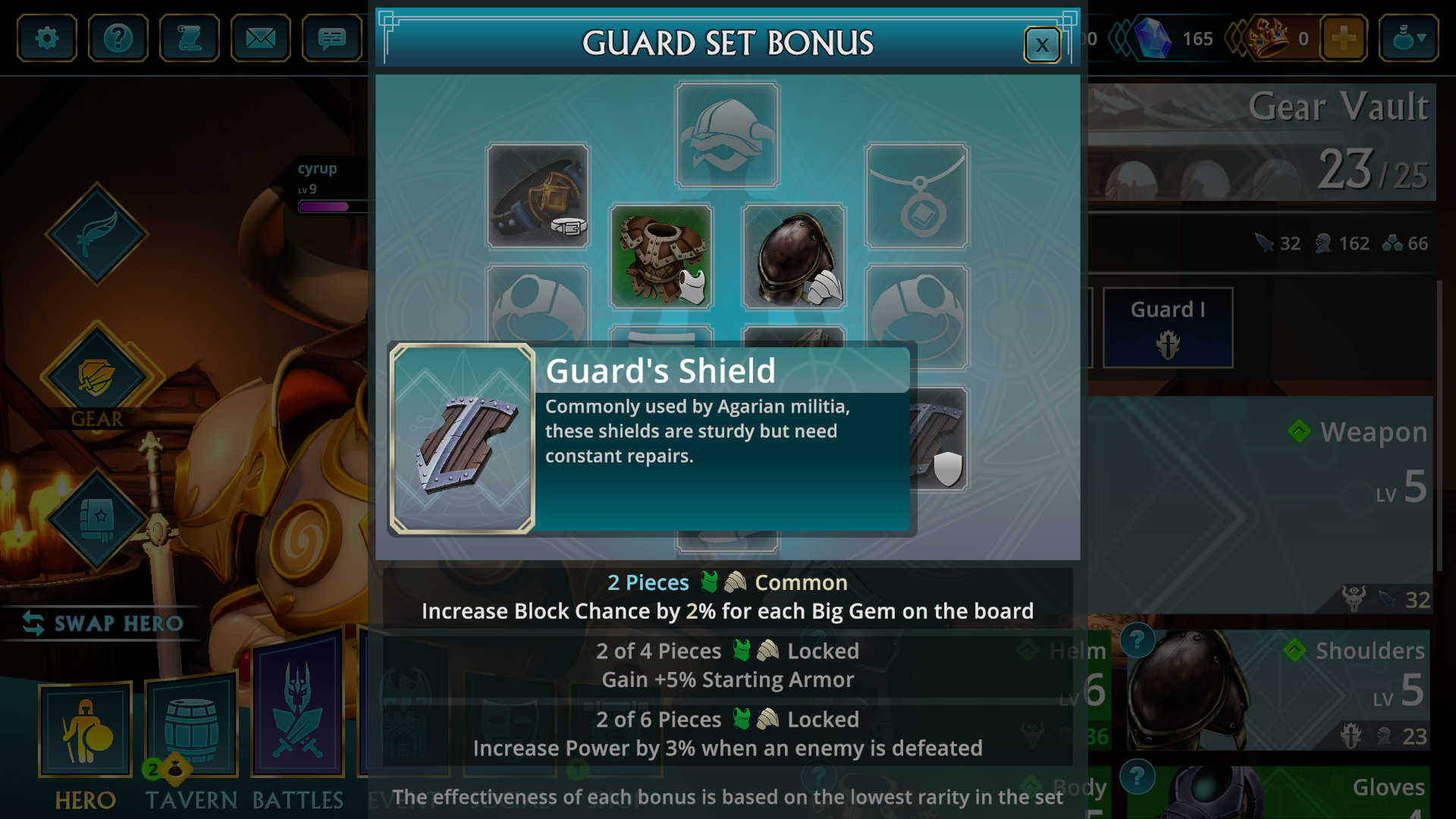 There were a few issues with the way Weapons were available between several Heroes across one account. In some cases this made lower level Heroes too powerful. To balance this we have adjusted how Gear works with Heroes across different levels:

We made these changes to prevent the full stats of powerful end-game weapons from being equipped by lower level heroes. We acknowledge that this is a nerf, but the alternative was to lock lower level heroes from using higher levels items completely. We didn’t want to do this as upgrading weapons is an important part of gameplay, and doing so would mean that players would have to upgrade new weapons instead of using existing weapons which they have invested time and resources into.

As we grow the game and add new features, optimize what we currently have and release more updates we’ll need a way to share those changes with you. The News menu will allow you to read the latest information, patch notes or news on the game. In the future, we plan to use this menu to showcase in-game content or events.

The Shop had some good foundational packs to it. However, we’ve added new packs that will more directly help you progress, upgrade Gear and even collect Relics. The Shop menus have also been updated to reflect a new interface style that we are trying to deliver more information. 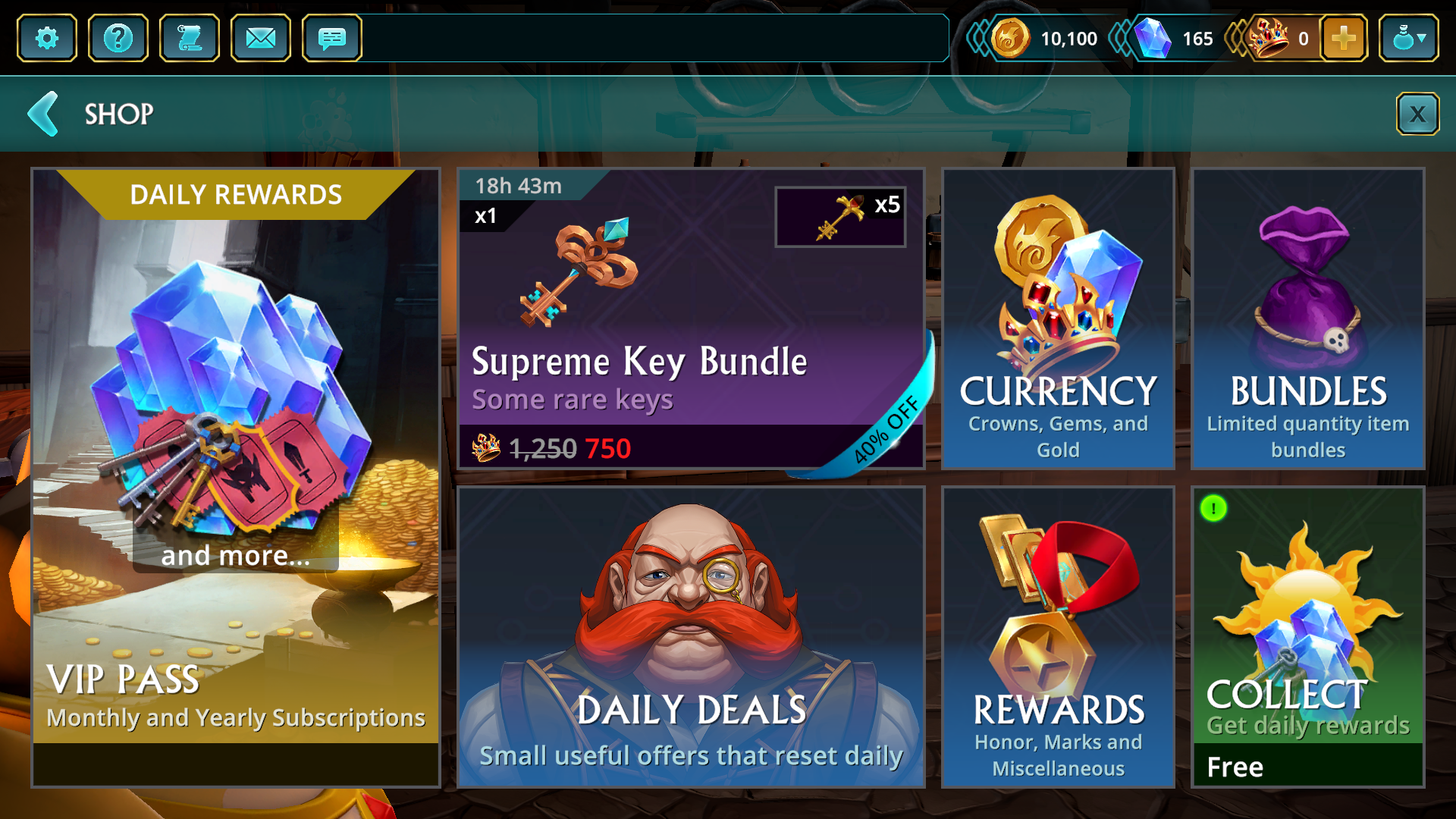 Bundles are a new type of pack that give access to resources and items. After receiving feedback regarding our current Shop Offers, we’d like to try giving juicier things in packs with the trade-off that they’re only available for a limited time or with a set amount of stock.

We are considering adding more Packs in the future which offer randomized rewards such as Shards and pieces of Gear like weapons or Armor.

It wasn’t easy to prepare your Gear (Weapons, Armor and Accessories) for certain situations in the game; such as defining a loadout for PVP Tourneys, or something specific for Skirmishes.

We are hoping this helps our players have more sets for specific parts of the game easily accessible, and save time.

After introducing a new item progression system and Relics in Update 0.35, we felt that Eveline’s crafting didn’t offer as much value to the collecting of resources and upgrading in the game. Eveline can now exchange the extra Relics you don’t need to help you out a bit more. 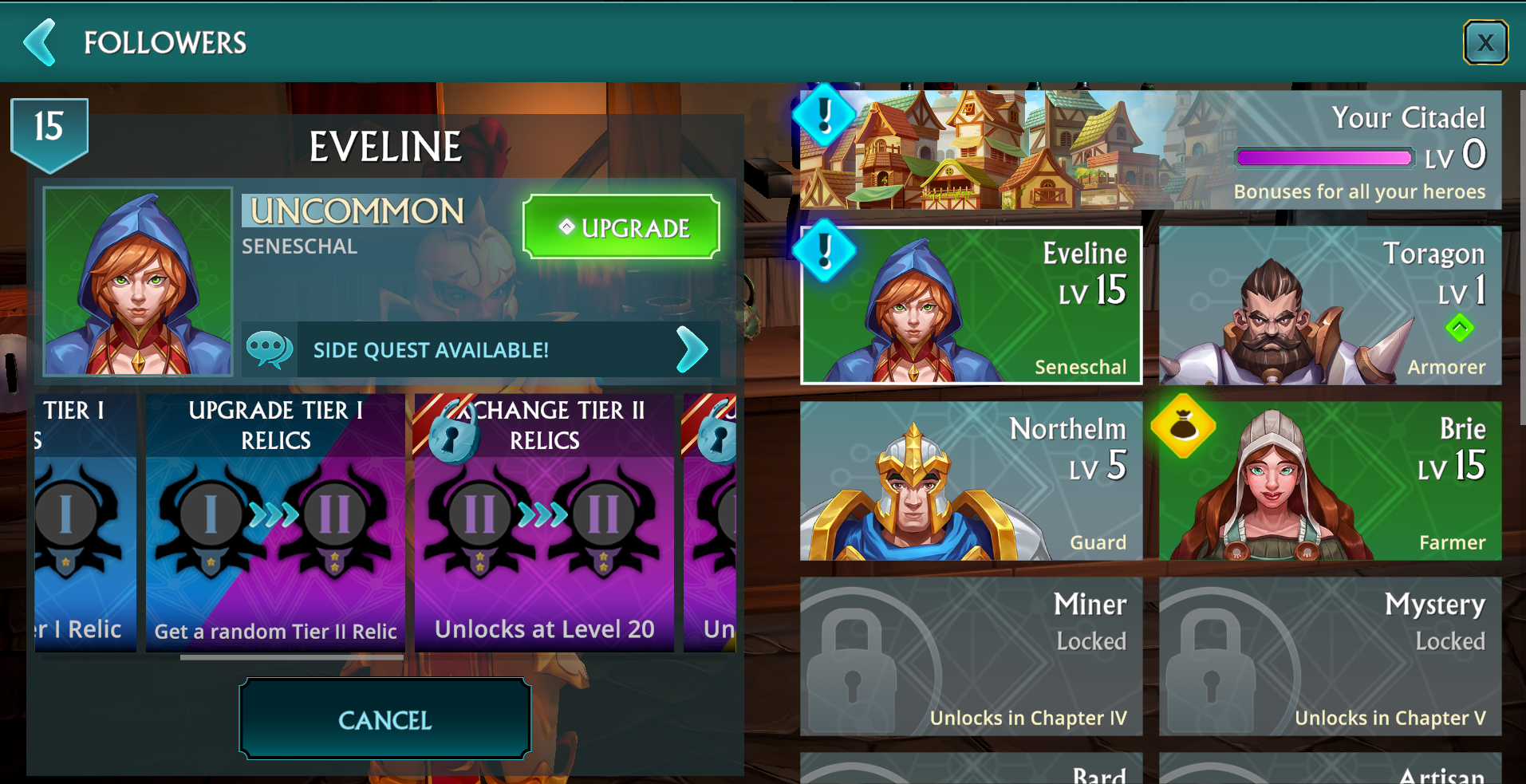 We received feedback from our player base regarding how the Citadel unlocked. A common note was that before unlocking the Citadel, any XP earned past Level 50 would feel wasted as it wouldn’t go towards the Citadel. We saw how this wouldn’t feel rewarding, and have changed how this works in game.

We have made some optimizations to the game to make using a controller easier:

Miscellaneous quality of life changes and improvements to the game.

Thank you for your ongoing suggestions and ideas on the game. We’ve addressed a number of miscellaneous issues and updated Puzzle Quest 3 in the following small ways. Here are just some of those changes:

We have fixed a number of issues: