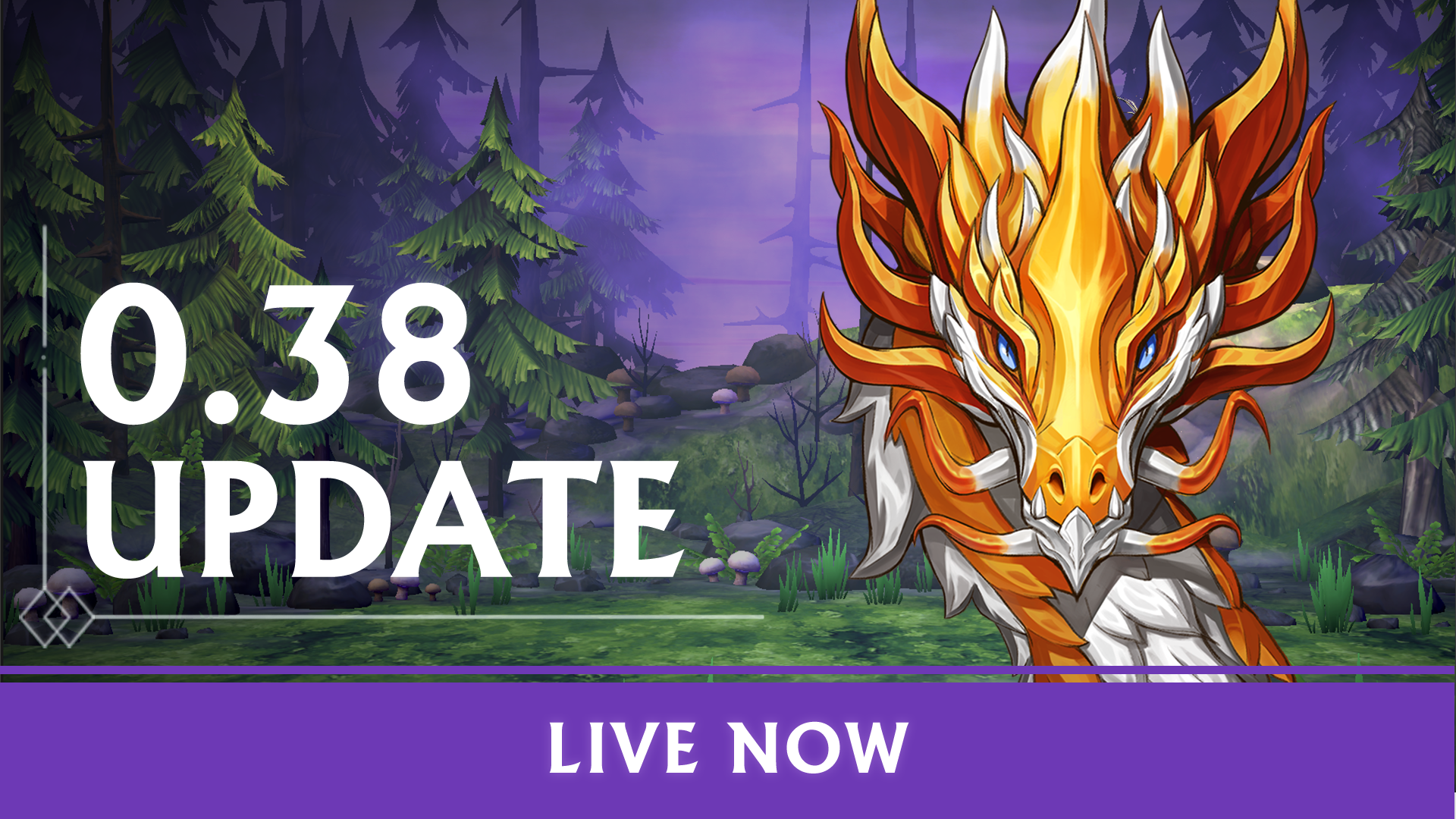 Update 0.38 introduces reworks to Events and Challenges, changing the way Spells work in battle and adding new types of packs to the Shop. We hope these changes improve the existing features by reducing the length of Events and giving Dungeons and Skirmishes more enticing rewards.

Read on for a full list of changes or skip to the bottom for quality of life improvements and bug fixes.

Events were taking too long and didn’t feel distinctly different from other game modes. We’ve reviewed the rewards and score structure for events. Battles should now feel shorter and progress will carry over between battles.

Changes to Marks and Dungeons. To give Events more unique rewards and a greater purpose to playing we’ve taken Marks from Dungeons and added them to the broader game currency system.

Changes to Challenges, Dungeons, and Skirmishes. To continue our quest to help differentiate game modes we’ve improved the rewards for Dungeons and Skirmishes and split their rewards. This distinguishes Dungeons from Skirmishes so that there is a clearer purpose to return to both. We have updated Challenges as well.

New Flash Offers have been added to give items that are more meaningful. There have been a number of small changes to the existing packs to give them more value. After taking Marks from Dungeons, we’ve returned them to the overall game system to give them more uses; for example, to purchase packs without real money for items.

We’ve removed the ability for Mana to be shared between Spells of the same Mastery, and to balance this, introduced Spell Set Bonuses. Spell Set bonuses are much like the Gear Set bonuses that were introduced in the last update, Update 0.37.

Why is mana no longer shared between Spells in battle?

We noticed that some Classes were being favored when using them with the same Spell Mastery color builds, making them too powerful! To help more Classes feel useful and encourage diversity of gameplay we’ve removed the ability for Mana to be shared with Spells of the same color. To balance this change we’ve introduced Spell Set Bonuses.

With the change to the way mana is shared across spells, the new bonuses on single-color Spell builds for battles, as well as the addition of Mastery bonuses to spells, this has had a net positive effect on your Hero’s ability to give Damage (mainly from Spell damage and Mana damage). In fact, it was quite strong. Correspondingly, we’ve increased enemy damage to keep things in balance. We’ve also made a few other balance changes across the puzzle gameplay:

As always, we value your feedback and keep an eye out for things we can change. Here are some, just to name a few:

A new style of News pop-up will appear for new content in the game, helping surface future content like Seasons, Updates, News or Events. Seasons – sorry, what was that?

Citadel Bonuses can be reset

We have fixed a number of issues where:

Here are some areas of the game we’re considering focusing on in the future:

Puzzle Quest 3 is in active development, so these areas are open to change.

May your swords stay sharp!