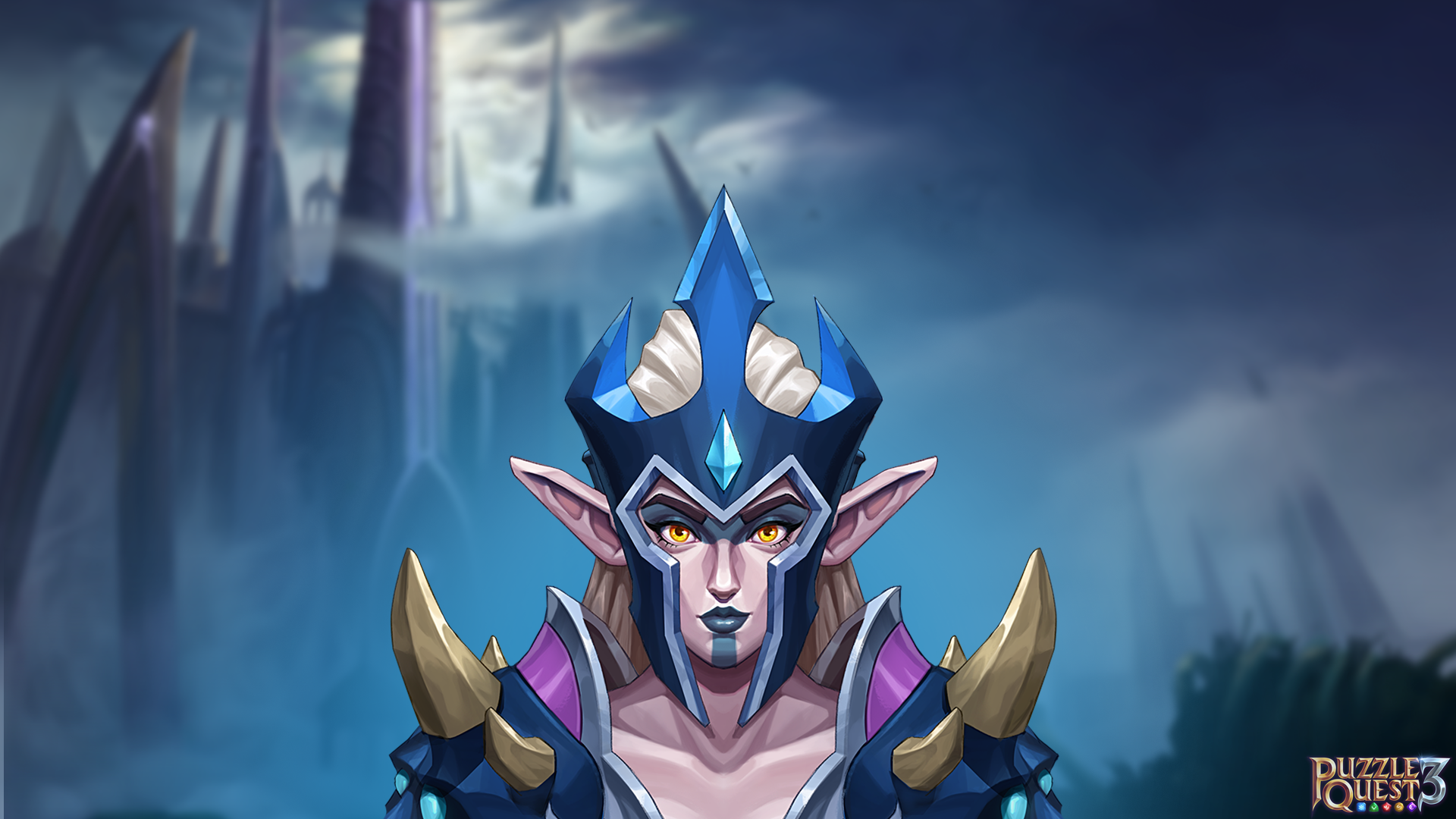 Finding refuge in the Borderlands and calling the chilly citadels of Skelheim their home, Necromancers learn to master the mysterious ways of both ice and death magic. In the past, they often served the powerful Daemon, Lord Bane, but they’ve lightened up a little since then, and not all of them are cold and cruel.

Similar to the Shaman, a Necromancer’s power comes from building up mana at a steady pace and then carefully casting spells in a particular order to deal with a foe in one fell swoop. This makes them ideal for players who like to be patient and methodical about how they plan their of attack for a climactic finish.

The Necromancer’s primary mastery is Ice (Blue), with their secondary mastery being Dark (Purple). Having the right combination of elemental gear will increase these masteries making blue and purple gems more effective. We’d also recommend the Bone armor set with their bonuses that bring in more pain with skull bonuses to compliment the Necromancer’s Ultimate Spell. To improve these masteries even further and increase the output of damage, be sure to add extra ice and dark spells to the loadout of your hero. 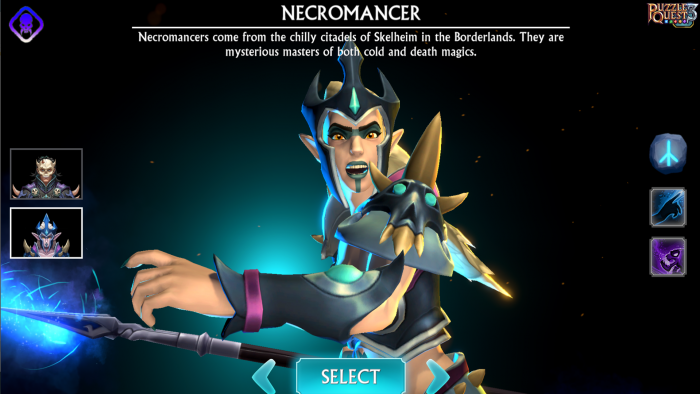 As we’ve mentioned many times in our past blog entries, all classes in Puzzle Quest 3 are granted two normal spells and a single Ultimate Spell at the beginning of the game. These spells vary and showcase the unique attributes of each chosen class.

We mentioned the Necromancer’s steady gameplay earlier and that is made evident with their two starter spells. The Necromancer can siphon life from their foes while at the same time arranging the board in their favor to take down the final dangerous foe with a single spell.

Chill Touch is an elemental damage spell that allows you to deal ice damage to an enemy while at the same time converting yellow gems on the board to blue gems. This gives the Necromancer the ability to gain mana back quickly by making more blue gem matches so they can cast the spell again. This reflects how the Necromancer can control the board.

The Necromancer’s second spell, Soul Siphon, allows you to heal any physical damage that has been inflicted while at the same time dealing dark elemental damage to an enemy. In addition, the dark damage is boosted by the number of skull gems on the board. This synergizes extremely well with the classes Ultimate Spell, Death Lance.

Now the time has come to conclude this final chapter in our introductory lesson for what you can expect when playing the Necromancer class, but of course, throughout your travels, you’ll discover many more spells to fill your spellbook (12 for each class) – some of these will mix well to show other unique properties of the Death Gem if it’s in play. The Necromancer is a mighty class that gives you plenty of options to combine your spells in many ways to defeat an opponent with a single deadly stroke.

Will you take up the mantle of this dark mage?

Harness the power of death and siphon the life from the darkness that threatens to destroy Etheria! Be sure to ready your rituals and raise the dead as you prepare for Puzzle Quest 3!