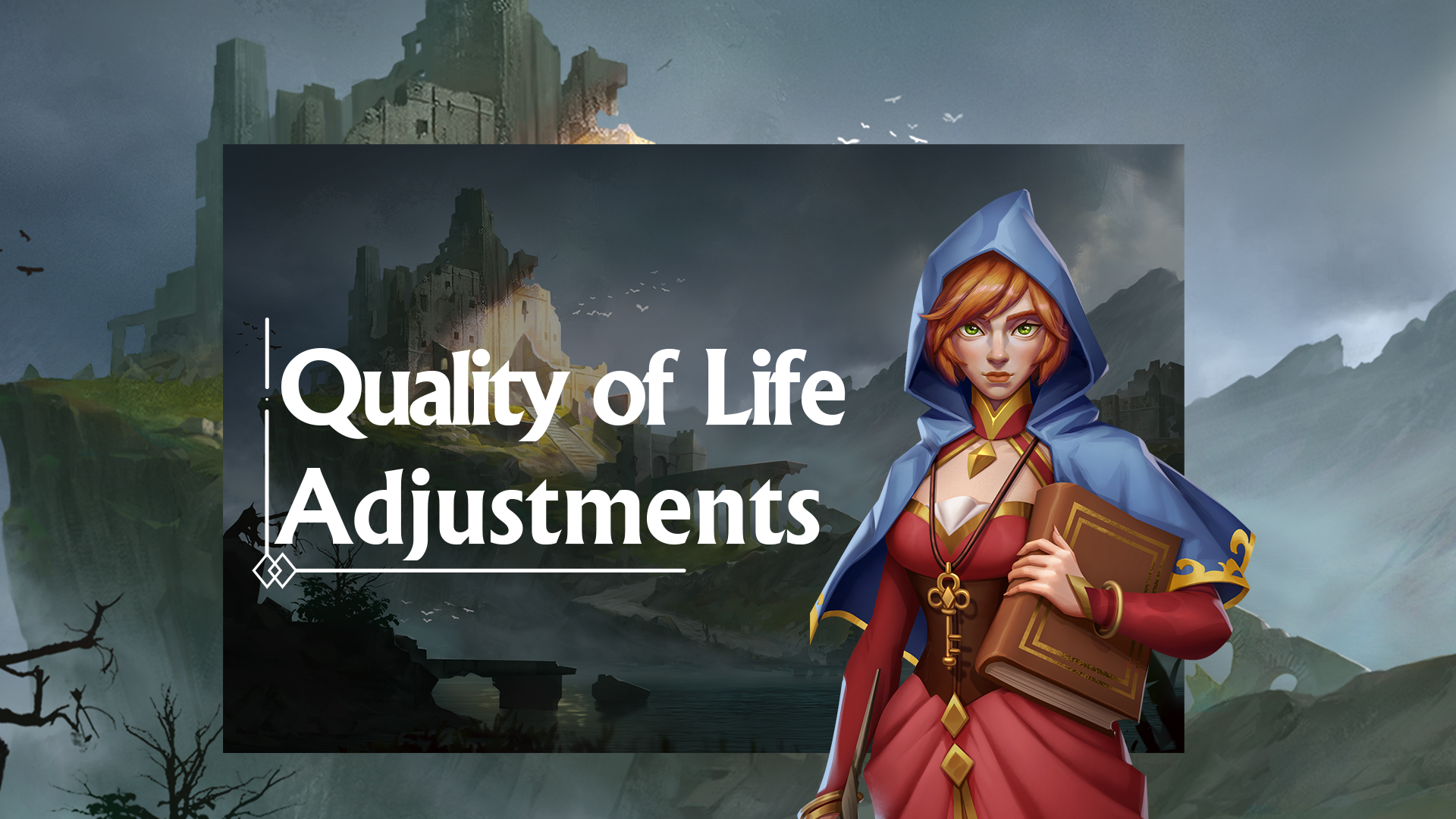 We are constantly reviewing players’ experiences and we have found some areas we can improve. These are some smaller changes we are able to make prior to our next major update, which we will be releasing with further QOL improvements based on the feedback from the Community!

Also, we have officially spent our first month back in Etheria! Thank you for being on this journey with us, we look forward to all the adventures to come.